Below is the final type treatment we be working towards.

Create a new document and type out some text with the Text tool (T). Change the fill of the text to a light gray. In the Layers panel, rename your layer to “Template” by double-clicking on the layer and changing the name in the Layer Options dialog. Next, lock the layer. Create a new layer by pressing the Create New Layer button from the Layers panel and rename this layer to “Artwork”. 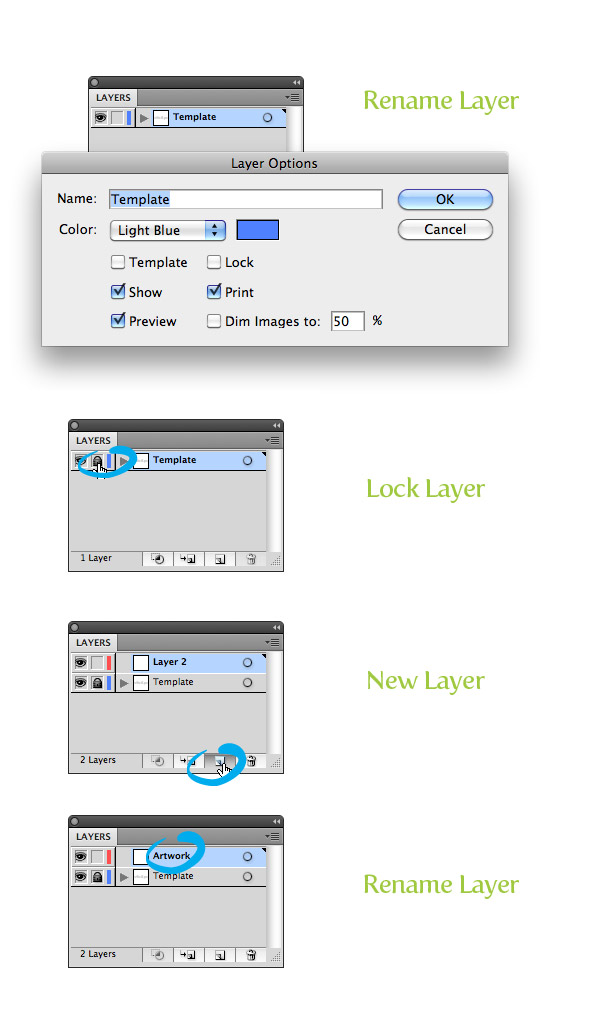 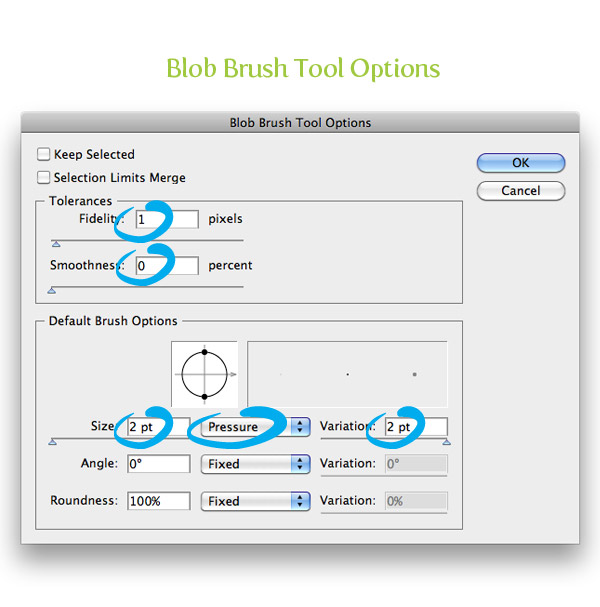 Zoom in really close to you first letter and start tracing it with the Blob Brush (Shift + B). When tracing, vary the pressure on your pen tablet to get a hand-drawn type of stroke. Also, use multiple brush strokes in your trace, don’t just trace the whole letter with one brush stroke. I also like to start each brush stroke very light and end very light, creating tapered lines. 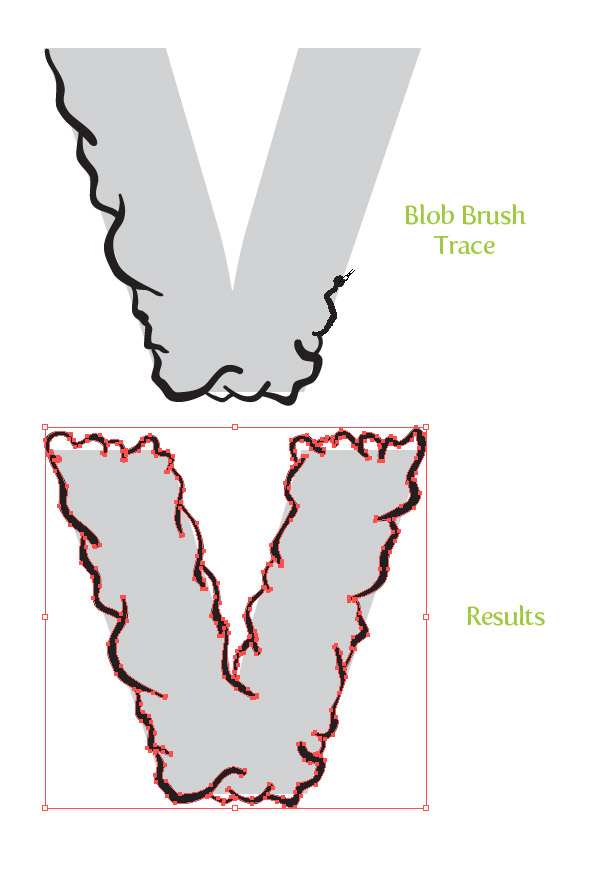 Once you are done tracing the first letter, create some more Brush strokes within the letter making it more grimy! 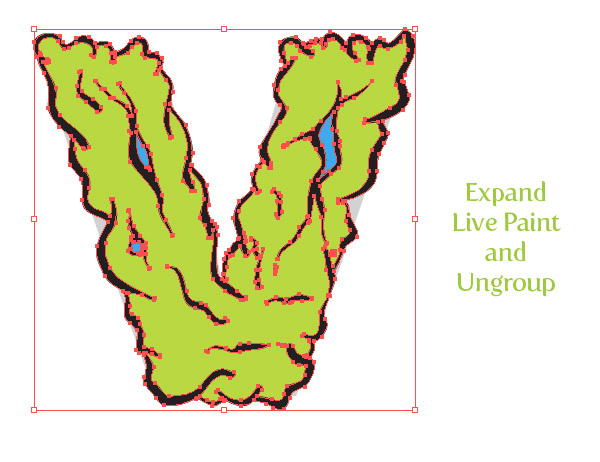 Select your main letter color and go Object > Path > Offset. In the Offset Path dialog, change the Offset to -3 px. This value might be larger or smaller depending on the original size of your artwork. Fill the offset with a lighter shade of color from the original. 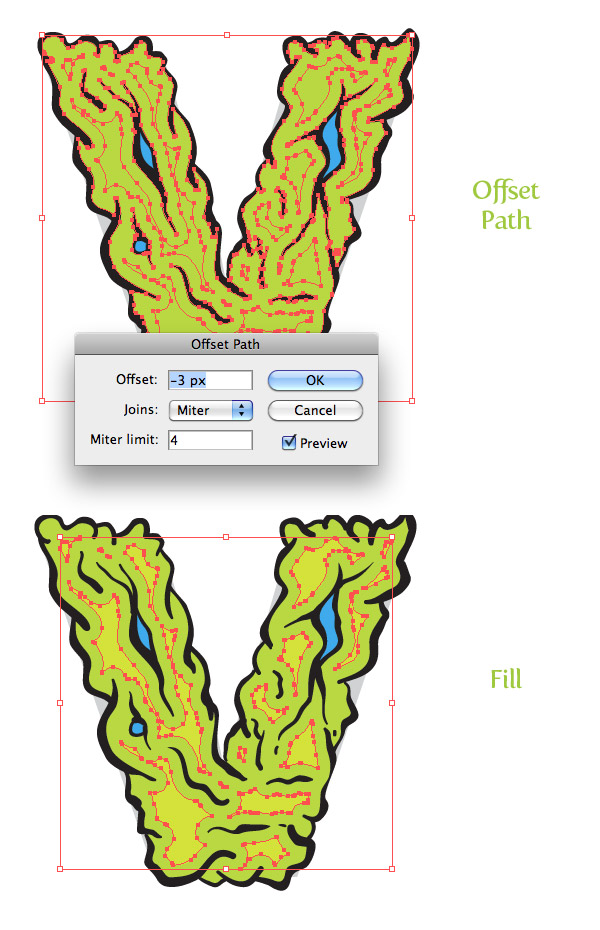 We are done with the first letter! Now, repeat Steps 4-8 for each letter. It might take some time, but you will start to get quicker once you have done it a couple of times. 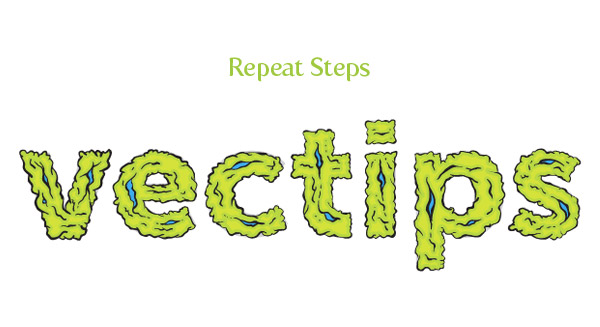 Now that we have all the letters, we don’t need the “Template” layer anymore. Simply press the Visibility icon in the Layers panel to hide it. Next, Group (Command + G) each individual letter’s artwork. It makes it easy to modify the letters in the coming steps. 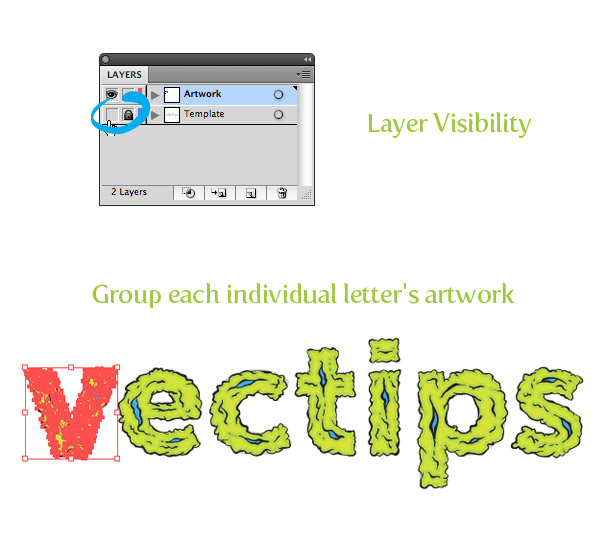 Use the Selection tool (V) to move and rotate each letter. Use the Illustrator’s Arrange functions to bring some of the letters to the front and some to the back by Going Object > Arrange. 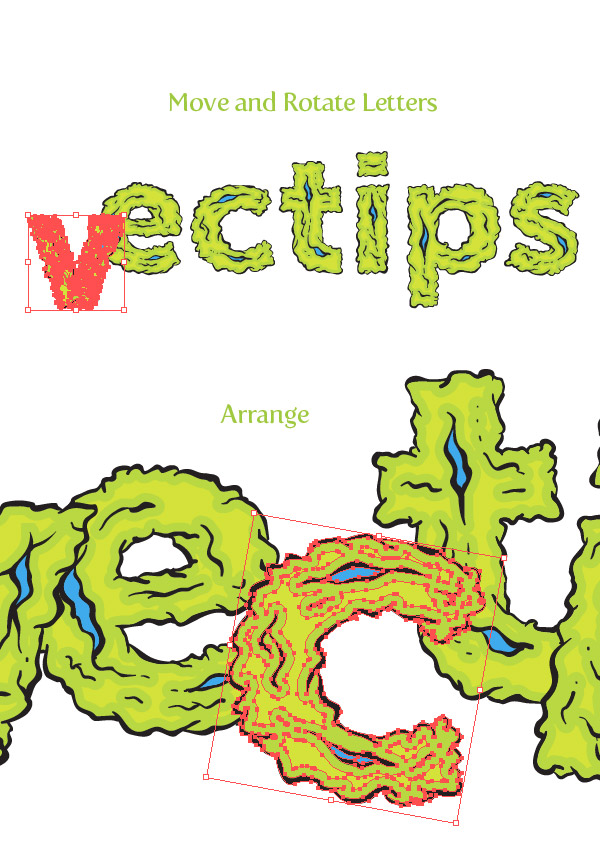 Repeat the previous step for each letter’s shadow. 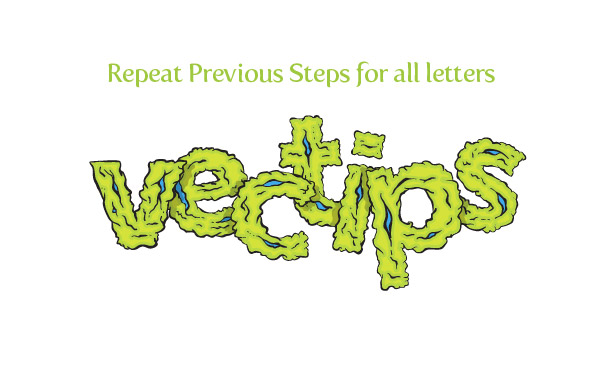 To make the treatment a little more grimy, use the Blob Brush and create little specs around the text. Use the same Live Paint techniques as discussed before to fill in the speck shapes. That is it, done! 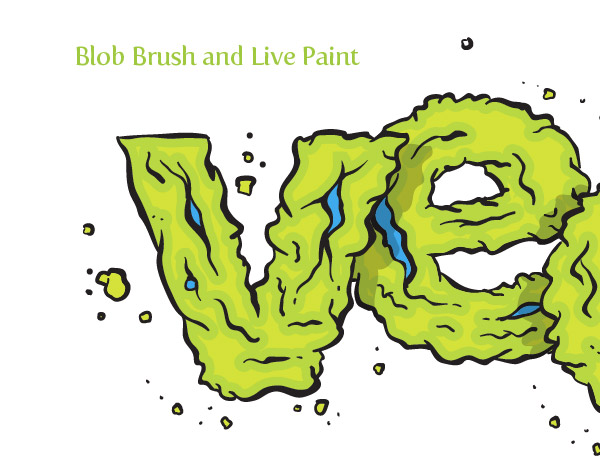 Below is the final type treatment again. Try using the Blob brush and pen tablet on other illustrations and type treatments, it’s fun!