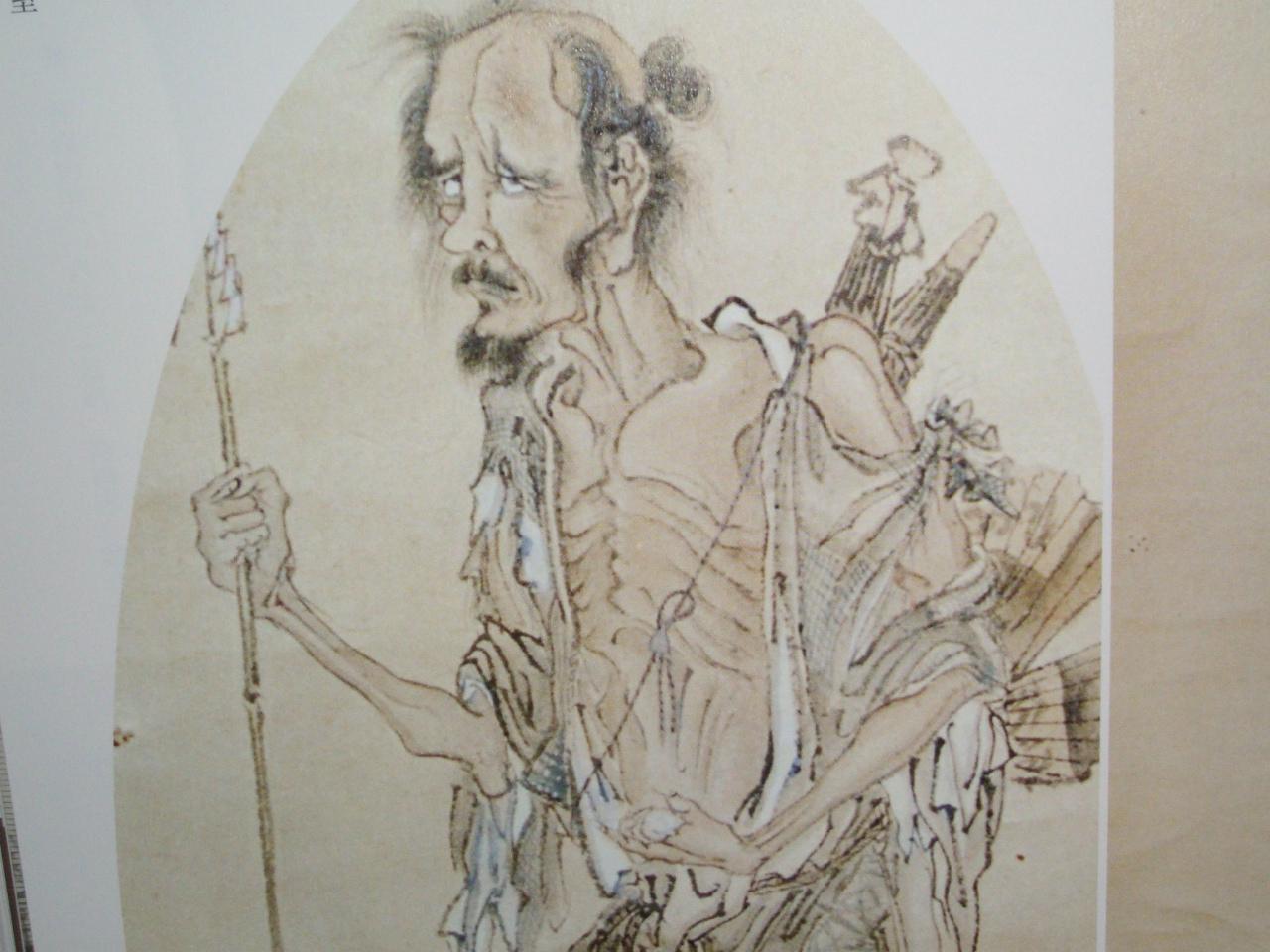 Once upon a time in a village far away, there lived a very poor man.
Although he was exceedingly hard working, no matter how hard he toiled his job became no easier.
Well, the real reason for this was the fact that The God of Poverty was living in the man’s house.
Such was the man’s poor position that the villagers had to take care of his wife.
His wife was not only beautiful but hard working and would also work from morning to night.
“What a good wife she is. Right then, I will also work as hard as I can! ”
So the man doubled his efforts and became a harder worker than before. >
But because of this The God of Poverty became troubled.
“Well, what a hard working couple they are.
That makes it difficult for me to stay here.
What can I do about it?”
There onwards, he started to became more and more disheartened by the fact.
A few years after that, on a New Year’s Eve.
The man in his humble house, was able to prepare some treats regardless of how small they were and welcome in the New Year.
“Sniff, sniff”
At that time, there came a crying sound from inside the roof.
“Hey! Who is that?”
When the man looked up, he noticed an old man with a very dirty appearance crying loudly.

“Hey , who the heck are you?”
“Me? Well, I am The God of Poverty.
Though I have lived here for a very long time and because you and your wife have been so diligent in your ways,
tonight the God of Good Fortune will pay you a visit.
And then I will be forced to leave.”
“Waaah, waaah” cried the god.
Although he was shocked to hear the god who had been protecting them all this time was The God of Poverty, he still understood the truth which is that a god is a god no matter what.
The man then came downstairs and explained the situation to his wife.
The man who now felt pity for the god then said the following to him.
“Well, since you have been living here for so long I would like you to continue staying here for as long as you like.”
Then, his wife chose her words.
“Yes, yes. That’s right.”
The God of Poverty who is disliked wherever he goes upon hearing for the first time words of kindness, burst out in tears of joy.
“Waaah, waaah”
This went on while the night fell and the bells of The New Year’s Eve began to sound.
Now, this is the time when gods usually change their positions in Japan.
Just then, “Bang, bang”
There came a knocking at the door.
“Who could that be at such a late hour.”
“Ho ho ho. Sorry to have kept you waiting so long.
Its me, come over great distances from the land of the gods, the bringer of good fortune.
The one who everybody waits for.
The God of Good Fortune! ”
At long last the God of Fortune had come.
When the God of fortune noticed the God of Poverty, he spoke out,
“What’s a filthy thing like you still here for?
Get out now, or I will use all my might to throw you out! “

But the god of poverty would not be beaten so easily.
“What are you saying! “