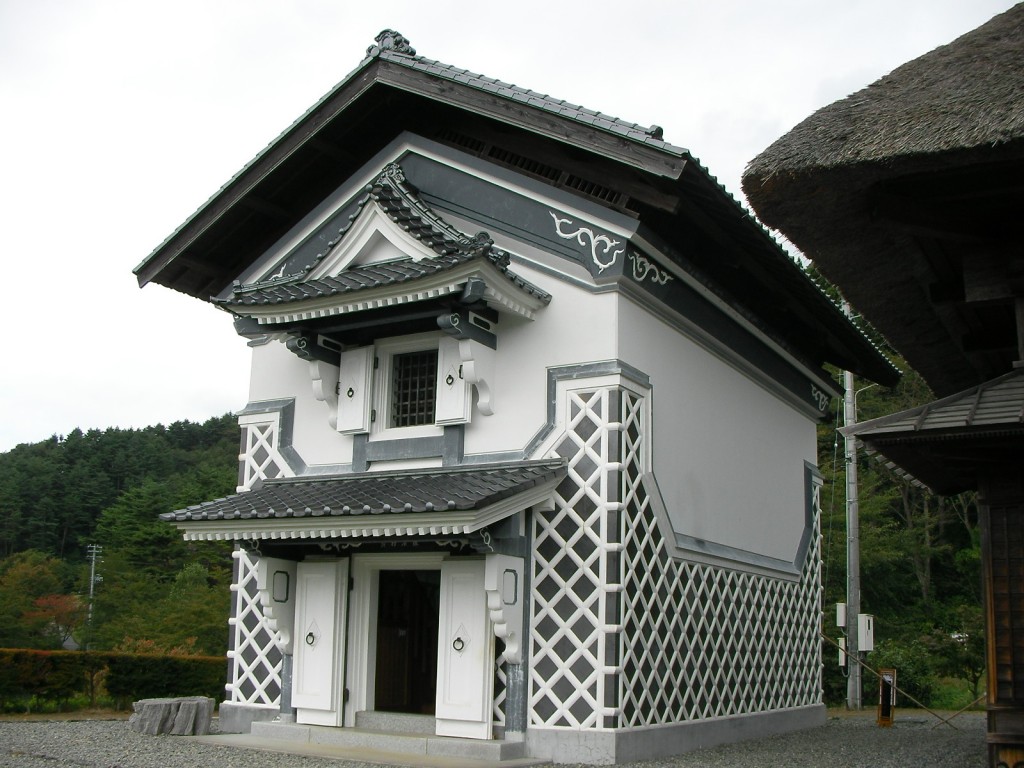 Long long ago, there lived a young man in a town in Edo.
One day, he wrote a letter to his old friend who lived in Kyoto.

How have you been?
I’m now settling down to a decent life as a kimono- fabric dealer and own a small shop in Edo.
I’m going to marry a merchant’s daughter in two weeks.
I’m very happy.

I won’t need my tools for picking locks any more.
But I don’t want to throw away those things as they had helped me a lot.
Would you mind coming up to Edo?
I want to hand over those tools to you.

A cop, who was chasing the notorious thief, happened to get this letter, when he had caught a man who had broken into a house.
At last he found out the criminal’s latest news from the letter.

One day the young man visited his fiancee.
Her father who ran a mercer, the biggest one in his town, was pleased with the young man’s visit.

Her father wanted to show off his new warehouse to his son-in-law-to-be.
All of his family: his wife; one more daughter, who had two little children, a girl and a boy, gathered in front of the warehouse.
They looked at the happy young couple and smiled.
Her father explained how his warehouse was built firmly, especially its iron door.
He opened the door slightly and said,
“No one could open it once it was locked.
It was the most thief-proof warehouse in this town.”
Then he closed the door firmly.

“Help!”
they heard someone yell inside.
They looked at each other.
Then the girl started crying,

“Bro is locked inside!”

“My son! Are you inside?
Are you locked?”
their mother, the mercer’s older daughter, cried.

Maybe her children had been playing hide-and-seek while the people were talking, and the boy sneaked into the warehouse just when the door was opened.

“Oh, don’t worry.
I have the key to unlock it.”
He tried to fish the key from his kimono sleeve.
But he couldn’t find it there.
His face became pale.

“It can’t be opened without the key.”

While they were outside in front of the warehouse, the cop came into the shop.
He looked around and said quietly to the head clerk,

“I want to talk with the young man who has visited this shop today.”

Just then, he suddenly heard a woman’s scream,

They heard the child screaming faintly from inside.

“Oh, my poor child.”
cried the mother,
“Open the door quickly!
Or break it, please! Help my son immediately!
He is so scared now!”

“I’m so sorry but, no one can break the door as it’s so strong,”
his father, looking for the key, sighed.

Then the young man stepped up, and carefully touched the lock as if he was examining it.
He put his hand in his kimono sleeve and took something out.
He started working with it to unlock.
Everyone held their breath while watching him.
It took only a few minutes, but it seemed like a long time for them.
After a cricking sound, it was unlocked.
They gave a sigh of relief, and gave him a big hand.

“Mom!”
the boy rushed out from the warehouse, and the mother hugged him tightly.

The young man saw a familiar face among the people.
He noticed at once who he was.
He walked to the officer,

But the cop said something strange to the young man,

“Who are you?
I haven’t met you before.
You’ve probably mistaking me for somebody you know.
Happy Marriage!”

Saying so, he turned back and left there.