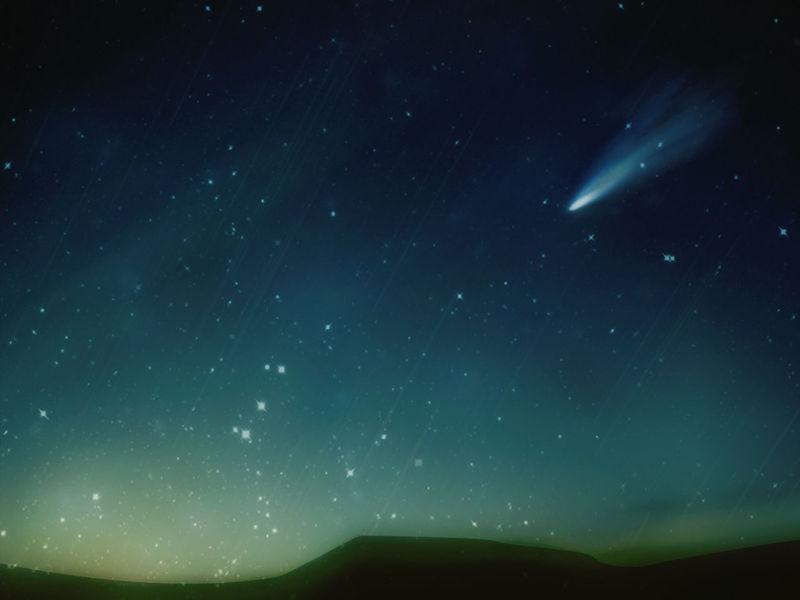 One cold, cold winter night, cold blasts swept up above the sky, where three little stars in a row quarreled among themselves.

They usually got along well.
But as one of the stars between the two complained being too cold, the other two started bullying.

Below the sky, in the frozen rice paddy, a night heron cried sharply.
Then the star being bullied silently slid down and disappeared.

“Where has he gone?”

“Without telling us anything…”

“He must have gone to buy gloves as it has been too cold.”

“You must be right. He will come back soon.”

As the two worried for the missing star, they talked with each other about the star.
They were afraid that maybe the little star escaped from them because of being bullied too much.

The missing star never came back, because he had become a shooting star.

A month had passed.

The two stars were keeping their mouths shut, looking down here and there from the sky that night to look for the missing star.

“Really? Where is he?

Far below the sky, they saw something glittering on the narrow road in a town.

The two stars far above in the sky descended to the town where cold blasts swept down.

At the end, the two were disappointed.

The thing glittering on the road wasn’t their fellow star, but a broken piece of glass.

The night heron in the rice paddy cried sharply that night too.