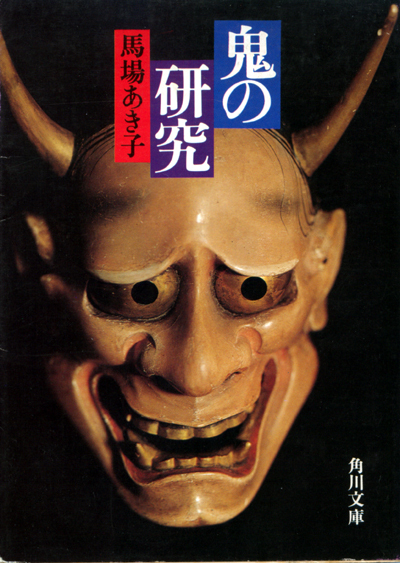 Long long ago, there was a wide river flowing through two villages.
People on both sides of the river thought it would be convenient if there were a bridge across the river.
They cooperated to build a fine bridge.
Soon people began visiting each other’s places easily going and coming across the bridge.
How happy they were!
But the river was notorious for its rapid current after heavy rain.
The rainy season came as usual that year.
As they had worried, the rapid current carried the bridge away.
The villagers could see only some of the bridge piles and girders left in the water.
They were very disappointed and decided to build a stronger bridge, which could stand up to the rapid water.
But although they worked hard, the second bridge wasn’t strong enough, either.
One day they had a meeting to discuss rebuilding the third bridge.
“How can we build a bridge strong enough to hold back the rapid stream,”
one man said.
“How about asking the most skillful carpenter in this area to build the ideal one?”
some people suggested.
“That’s a good idea,”
they agreed unanimously.
Soon a man who was the most famous carpenter for building bridges was called and asked if he could do the job.
The carpenter agreed, and he went to the river immediately to examine the current he’d heard about.
It was fiercer than he’d expected.
Actually he’s never seen such a rapid flow.
“What a wide river and a rapid current.
It’s a tough work to build a bridge over this river,”
he thought deeply about his task.
When he was watching the swirling water, an ogre appeared on the surface of the bubbling water and said,
“Hey, Carpenter, what are you thinking about?”
“Well, the villagers asked me to build a durable bridge to stand up to the rapid current here.
So I’m thinking about that”,
he answered.

“Is that so?
Hmm. Even if you were the most skillful carpenter, I don’t think you could build such a bridge here.
But I can do it.
If you give me both your eyes, I’ll do it for you.”
Carpenter didn’t think even an ogre could do the tough work easily, so he said lightheartedly,
“All right. If you can build a strong bridge in a day, I’ll give you my eyes.”
Next morning the carpenter hurried to the river.
To his surprise, he found a splendid bridge over the river.
When he surprisingly gazed at the bridge by the river, the ogre showed up on the surface of the water.
It cried.
“You see, I built the strong bridge in only a day as you’ve asked me.
You haven’t forgotten your promise, have you?
Now it’s your turn to give me your eyes.”
The carpenter was shivering and begged the ogre not to take his eyes,
“I said I’d give you my eyes, but, but— if I gave you both of my eyes, I couldn’t see anything.
I couldn’t do any of my work.
Would you forgive me my words?
Please, please forget taking my eyes.”
“No means no!
But losing both your eyes would cause you a lot of trouble.
OK, I’ll forgive you but with one condition.
Guess my name.
Answer with the right name, and you won’t lose your eyes.”
The carpenter asked the ogre to wait until tomorrow.
“All right.
But if you can’t come here tomorrow, I’ll kill you,”
the ogre said with a scary face.
He was at a loss, and ran away into a forest to solve the new but much more difficult problem.
“If I can’t guess its name, it will kill me.
What should I do?”
he thought and thought, but no good idea came to mind.
Just then he heard a song.

♪♪～ We like human’s eyes.
♪♪～We wait for Oniroku.
♪♪～Coming back with human’s eyes.
♪♪～He peeped between trees.
♪♪～Look! Some children are playing and singing over there.
♪♪～Oh, they have horns on their heads.
♪♪～They must be ogres’ children!
♪♪～”Oniroku— Hmm, it must be the ogre’s name.”

The carpenter jumped with joy, and hurried back home.
The next day, when he was on the bridge and looked down at the river, the ogre came out of the water.
“Hey, carpenter, are you ready to give me your eyes?”
it cried.
“No, I’m not. As I said I can’t do anything with out my eyes.”
“Then guess my name. I don’t think it’s easy for you.
If you can hit on my name, I won’t take your eyes.
But if you can’t, I’ll kill you and get your eyes.”

“Wait, wait, wait a minute, I’ll try.
“The carpenter pretended to think about its name.
“Your name must be Akaoni. (Red ogre)”
“No, no. Your answer is wrong,”
it laughed loudly.
“Then your name should be Aooni, (Blue ogre)”
the carpenter said to the ogre in a little voice, pretending he didn’t have much confidence.
“No, no. It’s quite different,”
the ogre laughed again.
“Then your name is — Onihachi, (Eighth ogre)”
“No, it’s not either.
I don’t think you can guess the right name.”
But this time, its face turned a little bit pale.
“Then your name is— Onishichi, (Seventh ogre)”
“No, no. Now it’s time you gave up. Give me your eyes.”
It cried and shot out its hairy arm to him.
“Wait. I know your name.
Oniroku!(Sixth ogre)
Your name is Oniroku!”
the carpenter cried as largely as he could.
The moment he cried, the ogre disappeared into the water blowing bubbles out of its mouth.
And that was the last time he saw that ogre.
The bridge, which the ogre had built, has never been broken or flown away no matter how rapidly the river flew.