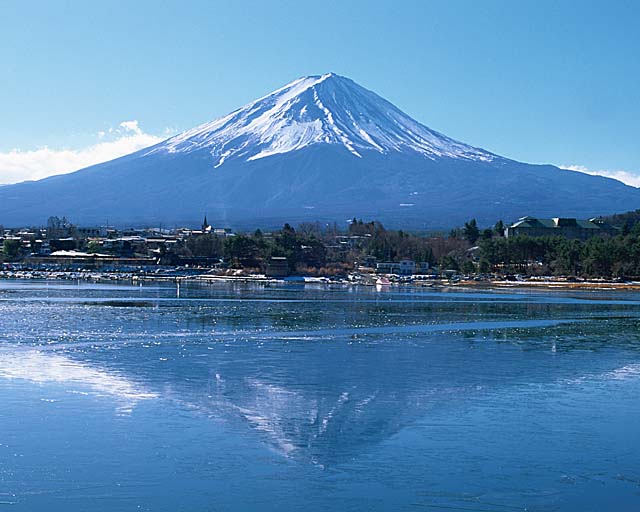 One day the Goddess of Fuji(Asama-sama) and the God of Yatsu-ga-take (Gongen-sama) had a contest to see which was higher.
They asked the Buddha Amida to decide which one was higher.
It was a difficult task.
Amida ran a water pipe from the summit of Yatsu-ga-take to that of Fuji-san and poured water in it.
The water flowed to Fuji-san, so Amida decided that Fuji-san was defeated.
She was too proud to recognize her defeat.
She hit the summit of Yatsu-ga-take with a big stick.
So his head was split into eight parts.
That is why Yatu(Eight)-ga-take has eight peaks now.