An old man with a lump

An old man with a lump 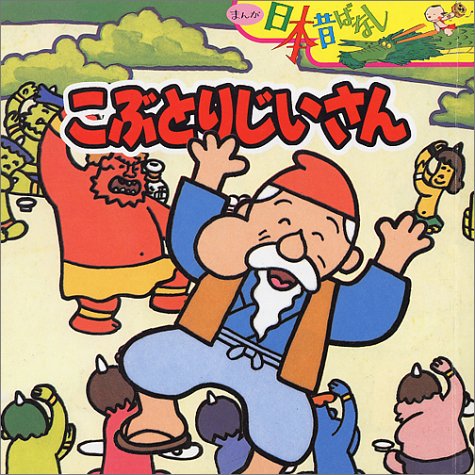 Long long ago there lived an old man who had a lump in his cheek.
One day he went to a mountain to gather firewood.
That day it suddenly began to rain.
So he sheltered in a small temple in the mountain.
Soon he fell asleep until he heard some music outside the temple.
There were many ogres, red demons and blue demons, dancing and drinking, enjoying themselves.
He felt like dancing himself because he liked dancing very much.
He forgot the fear and joined the circle of the ogre’s dancing.
They were very satisfied with his wonderful performance.
When it became light in the morning, the chief demon said to him:
“You are a wonderful dancer. You can come tomorrow night. Until that time, I will keep your important lump.” The ogre took his lump away.
When he returned his home and told his old wife the whole story, the wicked old man next door listened to his story.
At that night he went to the temple instead of the former old man and waited for the time to come.

Soon many ogres began to gather and dance.
He was very afraid of ogres.
As he wanted to have his lump taken away, at last he joined the circle and started to dance.
But his performance and his singing were very poor.
The ogres got very angry and attached the lump to his another cheek.