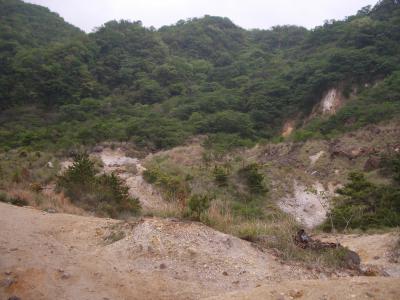 Long long ago, a young poor farmer bought a wild dumpy land at a cheap price.
But he could not make use of it.
He wanted to make money by treading down the land.

One day he put up a sign:
“I am going to climb up a ladder in my land to the heaven tomorrow because I don’t want to live in this world any more.”
Next day many people gathered in his dumpy land to wait for him to climb up to the sky.
His land was full of hundreds of the villagers.
He was in the center of them.
He gave greetings to them and began to climb up the steps of a ladder.
When he grew smaller and smaller, some of them cried out:
“It’s dangerous, very dangerous! Come down!”
As he heard this, he stopped climbing and began to come down the steps to the ground and said,
“You are very kind enough to warn me.
To tell the truth, I was so scared.
It’s impossible for me to go to the heaven.”
And he came home.
The villagers knew they were tricked but it was so late.
As the dumpy land was trodden on by so many people, it turned into a good flat-land.