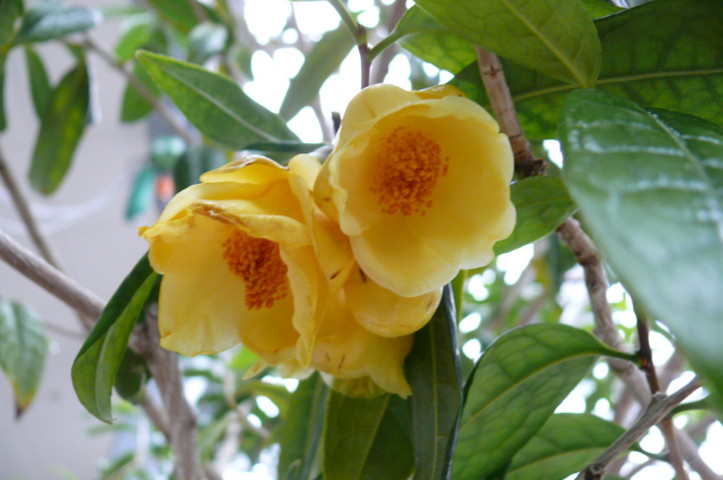 Long long ago, in the castle of a lord, a big party was held.
He invited many guests, who enjoyed eating, singing, talking.
The party didn’t finish even at midnight, so the wives of the guests were much tired.
The pregnant wife of the lord was also so tired that she broke a wind carelessly in front of many guests.
Hearing it, the husband got very angry with her.
“What a disgraced woman you are to break wind in public! You are no more my wife. Get out.”
He immediately made her float in a sea by a small boat.
After a few day’s floating, her boat reached a small island with the unconscious lady in.
“She is still breathing. She is alive.”said a fisher.
“She is pregnant.”said another one.
The kind islanders looked after her and built a small house for her.
Soon she had a healthy baby in the house.
Though she had a modest life, her baby grew up to be an active boy.
He played with the island boys from morning till night.
One day, when he was twelve, he asked her mother.
“Why didn’t I have my father, though my friends have ones?”
His mother talked the whole story to him.
“To tell the truth, you are a son of the lord.
When you are in my womb, I happened to break a wind in front of many guests.
So I was made to float to this island.”
He decided to meet his father regardless of her objection.
On the next morning, he started his voyage, rowing and rowing for three days without sleeping.
He saw a big castle of his father on a hill.
He got off the boat, where he found a beautiful camellia.
He walked toward the castle with the branch in his hand.
“Don’t you buy a golden camellia? Don’t you buy a golden camellia?”

He walked around the castle saying so.
“Don’t you buy a golden camellia? Don’t you buy a golden camellia?”
Hearing the voice, the lord ordered his men,
“What? A golden camellia?” Take the street vendor to me at once.”
The lord looked at a dirty boy and an ordinary branch of camellia.
“You told me a lie. It’s not a golden camellia but an ordinary camellia. I’ll punish you.”
The son looked his father into the face and said,
“This camellia will have golden blossoms if it is planted by a man who never breaks wind.”
“You are kidding me. Who on earth never breaks wind in the world?” said his father,laughing at the boy in a loud voice.
“So why did you make my mother float to an island?”
The father looked his son into the face with a surprise.
“Are you my son, boy? I’m so sorry, I was foolish at that time. Forgive me for my behavior.”
He apologized to his son and brought his wife back to his castle.
The son had a happy life with his mother and father.