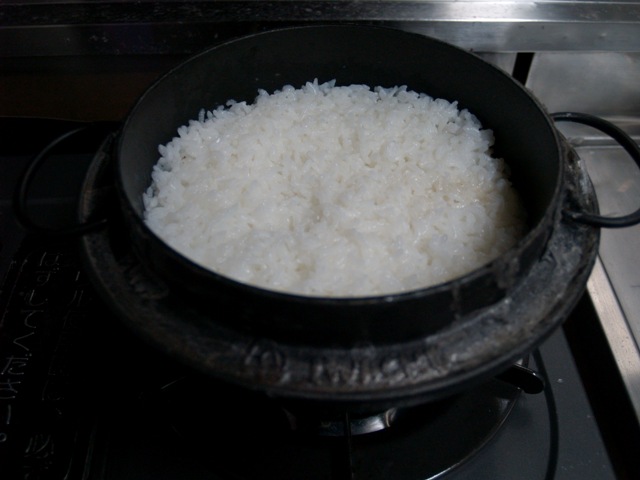 Long long ago, there lived a young wife and her mother-in-law in a house, who were on bad terms and always had quarrels with each other.

However hard she cleaned the house, her mother found the dirty places out and scolded her.
However hard she cooked every meal, her mother told her that it tasted so bad that she couldn’t eat it.
What is worse, she was spoken ill of by her mother in the neighborhood.
On the other hand, the wife also hated her mother so badly that even if she was called by her, she pretended not to hear her.
She always gave her mother a sulky look.
When at last she didn’t feel like seeing her mother any more, she went to a Buddhist priest at a temple to get some advice.
“I see. I’ll give you this poisonous powder.” he said, handing it to her.
“You have only to mix it a little into rice when you serve meals to her.
Your mother will be getting weaker and weaker until she is ill and dies.
But you must be more careful and much kinder to her for your mother not to notice it. Listen to her and be kind to her.”
She started to mix the poisonous powder into her rice.
She was told by her mother as usual that it tasted too bad to eat.
Whenever she was scolded by her, she apologized to her mother touching her hands on the Tatami-mat.

“I’m sorry, I’ll try my best to cook better. So please forgive me.”
Whenever she was scolded by her mother after cleaning the house, she apologized to her touching her hands on the floor.
“I’m sorry, I’ll clean it again. So please forgive me.”
As she continued to mix the poison into her rice as she was told by the priest, she thought her mother would be ill sooner or later.
But it was strange that she was getting better and better day by day.

What surprised her most was, whenever her mother met her neighbors, she began to speak like this:
“My daughter-in-law is wonderful. She works very hard and she cooks very well.
Her dishes are so delicious. She is the best in the country. I’m proud of her.”
Her mother began to clean the house together with her daughter, who didn’t make out what had made her so different.

But she was so happy whenever she was praised by her.
Without knowing it, she had always smile on her face.
She had stopped mixing poison into her rice.
One day her mother-in-law suddenly became ill in bed.
She thought the poison worked on her.
Taking care of her mother, the wife found her eyes full of tears.

Looking at the tear, her mother said to her,
“Don’t worry. I’ll get better soon. When I become well, I want to work with you again. I do like you, a kind daughter.”
She couldn’t sit there any longer and rushed to the Buddhist priest at the temple.
“Mr. Priest. I was wrong. My mother is very kind and gentle to me. But I gave her poison. Please do help my mother. She’ll die soon because of the poison I gave her.”
The priest shook his head and said,
“To tell the truth, that powder is not poison. It is the powder of potatoes. It’ll never make her ill. It is perhaps because your mother worked too much. If she had a rest for a few days, she will be better. I’m sure the potato powder had good influence on you and your mother. You must always be kind to your mother. Do you understand?”
She bowed down to him expressing her highest gratitude.
Soon her mother got well and they lived a peaceful and fruitful life for ever.