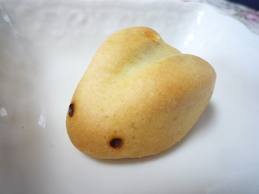 Long long ago, there was an old couple who liked Manju(rice cake) very much in a village.

One day they were eating several Manjus at home given by a neighbor.
“These are delicious. Old Mom.” said the old man.
“These are delicious. Old Dad.” said the old woman.
They were eating one after another happily but the last one.
As soon as the old man reached for the last one, the old woman also reached for it.
As soon as the old woman reached for the last one, the old man also reached for it.
“One of us, who won a game, can eat this last one tomorrow.
The winner is the one who has been silent until tomorrow.
The loser is the one who couldn’t be silent by then.
Do you understand? Old, Mom.” proposed the old man.
“I see. Old Dad.”
They promised each other, putting the last one on a shelf and they went to bed.
On that night a thief stole into the house.
They noticed him, but they remained silent, because if he or she spoke a word, he or she couldn’t eat the last one.
“I found a delicious rice-cake here.” said the thief, having it and tried to eat it with his mouth open.
“Thief!” The old woman cried at last.
“Lucky! I’m a winner. That’s mine. I can eat it.” said the old man.
But the thief, much surprised, ran away, with the rice-cake in his mouth.