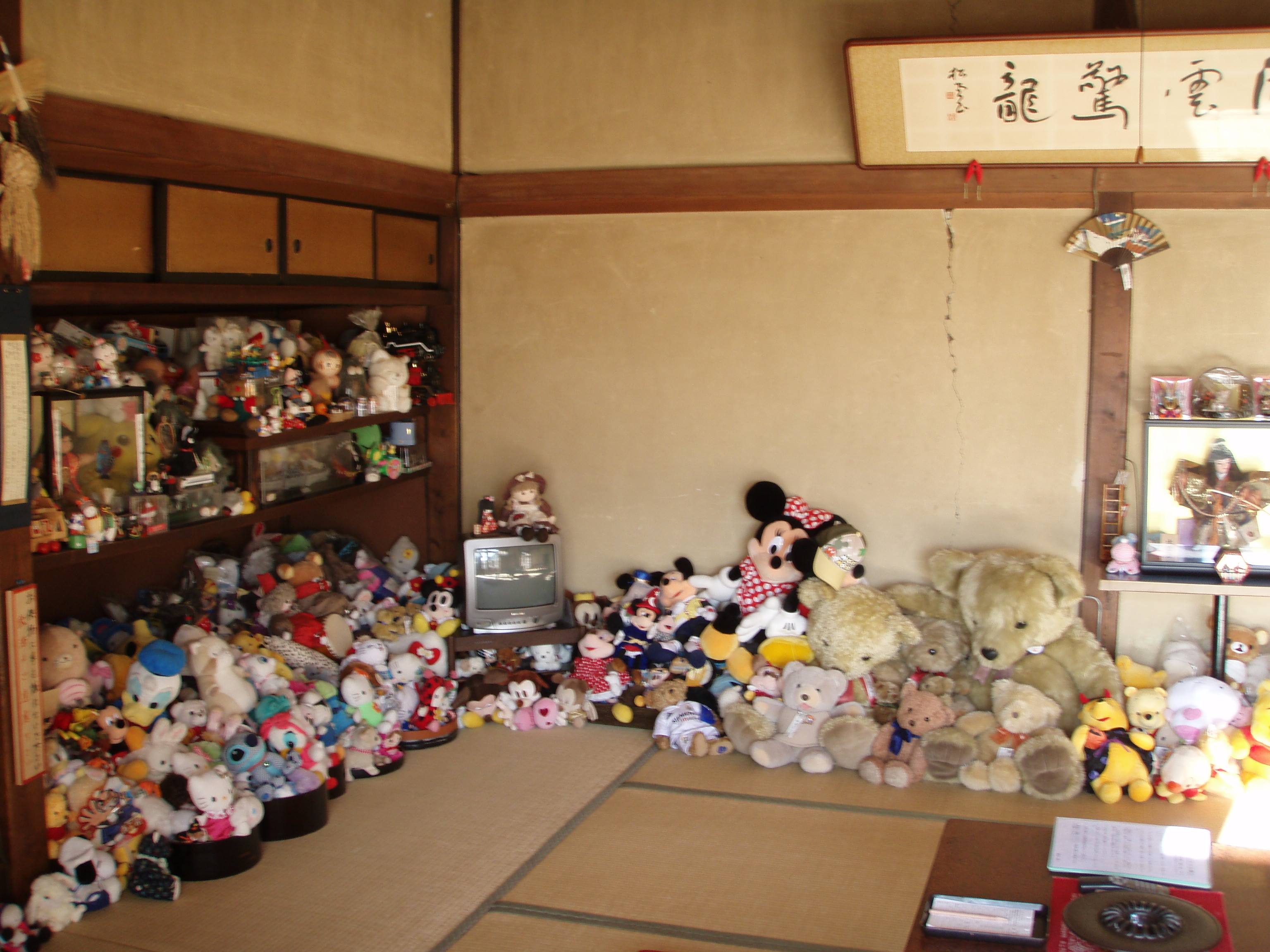 Long long ago, people in the Tohoku area of Japan believed in the existence of the protective deity of a home called ‘Zashiki Warashi’.
The following story is one of its episodes.

One day a fisherman was fishing in his small boat as usual in a river of the Tohoku area.
When he was about to pull up his fishing nets, he heard something like a child calling him.
He looked around and found a little boy with a parcel in a wrapper, waving his hand toward him on the bank of the river.
“Is it you who’s just called me? What are you doing out there?”
he asked.
“I wanted to swim across the river to go to the other side, but the water was still cold to swim in.
Would you be kind enough to give me a ride and let me go to the other side of the bank? “
“Why not? But wait a moment. I’ll finish pulling these nets up, and then I’ll be headed to the bank you want,”
the man answered.
Rowing the boat, the man asked the boy sitting next to him,
“Tell me, what are you planning to do there?”
“Well, I was living comfortably in an old house in that village until just a few hours ago.
But they are planning to rebuild their house.
So I decided to leave there.
I know there is another old house in that area,”
the boy said and pointed the village at the opposite side,
“I’ll stay there for the time being.”
Soon the boat reached the bank.
“Here we are, Good luck, son,”
he looked back, but the boy wasn’t there.
He felt as if he’d been possessed by a fox.
According to the rumor, the most prosperous family in the village rapidly declined.
People said it was because they had their old house rebuilt.
While a family of another old house suddenly prospered.
Perhaps you want to know what was happening in the other side of the old house.
I’ll tell you what was going on there.
They ran an old inn.
In fact they hadn’t been in a good business.
They didn’t have any guests for many days.
But one day, they had a guest to stay a night.
When the guest was relaxing after supper, a boy came into his room and said,
“Would you mind doing arm-wrestling with me?”
“All right, but I’m sure you don’t have any chance to win,”
he was glad to accept the boy’s proposal because he had enough time to kill.
But the little boy was so strong that the man lost every bout.
At last he gave up.
Next morning he said to the inn owner,
“You have a very strong son, don’t you?
We did arm-wrestling last night.
I thought I would win easily, but I lost all the bouts.
Maybe there is no one to win against your son.”

“You did arm-wrestling with my son?
No kidding, we don’t have any son.”

After that the rumor spread and the inn rapidly got popularity around the area.
Lots of people came and wanted to stay a night in the specific room.
The inn was always filled with guests.
A few years later, the inn owner felt someone walking out the front door, he looked at the door, but he couldn’t see anybody.
Since then they had few guests to stay in the inn.
“Maybe the boy moved somewhere,” people talked about it.
They say that Zashki Ghosts were the unwanted children, who couldn’t been called by their mothers to this world.
In Tohoku area poor farmers couldn’t live with their newborn babies.
It is said that several hundred thousand people died in the great famine of the Tenmei era.
Besides that famine, they had hard times years and years.
To help the rest of the family survive, they killed or deserted their newborn baby.
Too bad they were born in the hard era.
Those babies, who had their lives taken, must have wanted to be alive, enjoyed their lives, and made friends in this world like other happy boys and girls.
They are said to be mischievous and play some tricks on ill-natured people while they secretly protect honest human beings.
If you have any chance to visit Tohoku area, and to be able to see Zashiki Ghosts, you’d believe the existence of the Genius of the House.