A woman who eats nothing

A woman who eats nothing 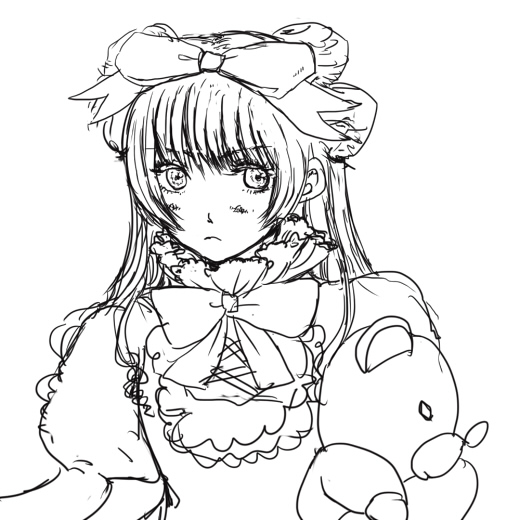 Long long ago, there lived a middle-aged man in a village who hadn’t had a wife yet.
One day he talked to his friends when he went cutting trees with them in a mountain.
“I do want to have a wife who cooks and washes for me.
But I’m so poor that I have little to eat.
So I want a wife who eats nothing.”

A few days later, he had a visit of a young beautiful lady at the front door, who said to him,
“I’m a woman who eats nothing. Why don’t you marry me?”

Marrying her, he found it true that she ate nothing, even a grain of rice for breakfast, lunch, dinner.
But he found, after she had come, the rice in a straw bag and miso, or fermented soybean paste in a pot missing too much.
He thought it something strange.
“I’m going shopping in a town.” said he to his wife.
He pretended to go to a town and returned and hid himself in the attic while she was in the toilet.
He saw her through a hole.
She took a lot of rice out of the bag, much miso out of the pot and began to cook them.
Finishing cooking her meals, she began to comb her hair.
To his great surprise, he found a big mouth in her head.
She was a mountain monster.
She put rice and miso soup into it one after another.
Knowing her secret, he said to the monster,
“Though you said you ate nothing, I understood who you were. I want you to leave here.”
“I’ll return to my home town in a mountain, but I want to get this huge tub.” said the monster.
“If you want it, you can take it.” said the man.
The monster said to him, looking into the tub.
“There is a worm in this, why don’t you take it out?”
The man also looked into it, when she pushed him into it from behind covered it.
She transferred in the figure of a mountain monster, and carried it with him in it and ran toward the mountain, saying in a loud voice to her fellows.
“I have a delicious food. Come to me quickly.”
Thinking of the way he get out of the tub, he uncovered it, jumped up and held the branch of a tree.
He succeeded in getting out of it and ran away from her, while the monster ran after him.
He rushed into the bush where many Japanese iris were growing, which were believed to drive away the monster.
“I can’t catch him, because these Irises are my poison. If I enter it, my body will be melted. I can’t do anything.”
The monster returned to the mountain.