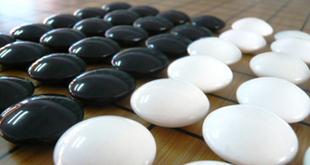 Long long ago, there lived a merchant in a prosperous town.
He and his wife worked hard together, so their business went well.
But after working hard for many years, his wife fell sick.
She seemed to be getting worse and worse.
The doctor said that her illness was incurable, but might be treated with some rare medicine from Korea.
He loved his wife very much.
Although the medicine cost more than he could afford, he kept buying it.
He gradually exhausted his supplies.
At last he borrowed some money from a loan-shark.
Unfortunately the medicine didn’t help.
Finally, the sick woman passed away.
The merchant was left with a heap of debt.
He got so depressed he couldn’t do anything for a while.
His daughter was worried sick about her father.

Right after the funeral, the money-lender visited the merchant.

“I’m terribly sorry about your wife.
But I have to tell you that your debt is due today.
I’m here to collect the money.
If you can’t pay it, I’ll sue you.
But you should know I’m not such a merciless man.
I’ll give you a chance to be free of debt.
Allow me to marry your daughter, and I’ll cancel all that you owe,”
the money-lender said without hesitation.

In truth, the money-lender had wanted to marry the merchant’s beautiful daughter for many years.
Even though he was much older than she, he’d once made a proposal, but she hadn’t accepted it.
Neither the merchant nor his daughter was pleased with his second proposal.
The merchant was humiliated that he didn’t have enough money to pay his debts.
The only they could do was to ask the money-lender to put off the payment a little longer.

A few days later the money-lender showed up again.
He smiled at the merchant’s daughter and said,
“I have a good idea.
Why don’t we play an interesting game?
I don’t think your father has enough money to pay off his debt right now.
But this game will save him.
I’ll put two stones into this empty bag here.
One is white and the other black.
Put your hand in the bag and take out one of the stones.
If the stone is black, you will marry me and your father’s debt will be cancelled.
If it’s white, I’ll cancel not only the marriage but also the money I lent to your father.
Both ways, your father will be fine.
Keep in mind, if you refuse to play this game, I’ll sue your father.
It’s certain that he will be thrown into prison.”
The merchant’s daughter had no choice.
She reluctantly agreed to play the game.
They went outside.
The merchant’s yard was covered with lots of small black and white stones.
The man picked up two stones and put them into his bag.

She made up her mind and put her hand in it.
She took out a stone, but accidentally it dropped from her hand.
The stone rolled around and hid itself among the other stones.

“Oh, I’m sorry.
How careless I am!
It slipped away before I checked its color.”
She crouched and picked a white stone up.
“I think this is the right one,” she said.
In reality the stones under their feet were so similar to each other no one could tell which stone she dropped.
The man went red and cried loudly,
“That mustn’t be the right stone! It should be black!”
The young woman also cried,
“Why are you so confident?
If you check your bag, you’ll be able to tell which color of the stone inside.
The opposite color must be the one I picked up.”
Of course he knew that the stone she’d taken up was black as he himself intentionally put two black stones in the bag.
But he couldn’t confess to her what he had done.
He obliged to admit that the stone left in the bag was black.
He also had to admit that the one she’d taken up must have been white.
“That lady is far more clever than I am,” he thought.
As the money-lender had promised, he gave up the marriage to the young lady and the merchant’s debt was canceled.