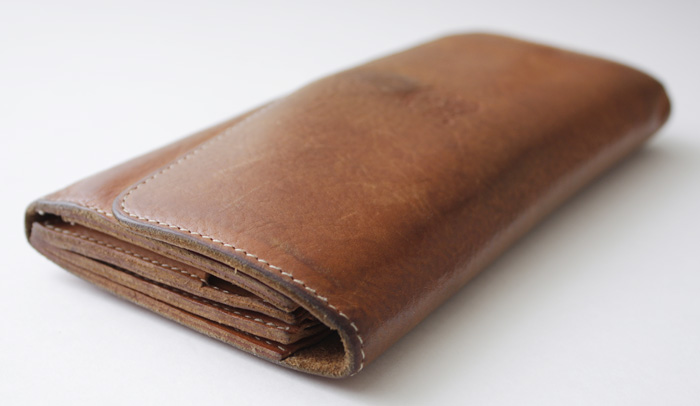 In Edo era, a fish peddler named Katsugoro lived in Shiba, Edo.
Although he was a skilled fish peddler, he couldn’t pay rent for months.
He was such a heavy drinker that almost all the money he earned was spent for sake.
The last day of the year would soon come, but Katsu didn’t work: he had drunk sake and then went to bed as usual.
His wife, who reached her limit of patience, woke him up, saying,

“Hey, Darling, wake up! It’s high time to go to the fish market.”
“Oh, don’t cry loudly at midnight. You woke me up when I was sound asleep.”
“It’s almost dawn. You should go to the fish market.”
“It’s still dark, isn’t it? I’m sleeeepy…”
“Hey! The end of this year will be coming soon.
If you don’t want to work, how do you think we will be able to pay all the debt that we owe?”

“That is worth mentioning.
But it is not only us who will have the last day of the year.”

“What are you talking about? You, lazy guy! Hurry up!”

“Okay, Honey, you won. But where are the tubs for carrying fish I always use?”

He was looking for his tubs with a sleepy face.
The moment he asked her, she answered,
“Here they are with water in it so that the fish won’t be dry.”

“And I need a knife for cutting fish with.”

“Here you are. You sharpened it a few days ago, remember?
And I prepared a pair of new straw sandals there.
Good bye, have a nice day.”

Katsu reluctantly stepped out with a carrying pole on his shoulders with two tubs at each end.

“Oh, it’s cold outside.
She may be satisfied to see me out.
At any rate, what a dull business it is to deal with fish!
I must get up early in the morning while others are still sleeping.
But unless I work, I can’t support our life. …
My wife said it’s almost dawn…but it’s still dark…possibly she miscounted the time.
What a scatterbrain she is!
It isn’t worthwhile to be here.
I’ll go to the beach to kill time.
It’s been a long time since I last came here…
what a nice smell the sea has!”
While he was strolling around the beach, he found something between the stones on the beach.

“What is this…?
Oh, it’s a wallet.
How dirty it is…!
Wow! It’s so heavy…gee, so much money in it.
Hurray! It must be a windfall!”
He hastily put the wallet into the pocket of his workman’s apron and hurried back.

“It’s me, open the door quickly.” he cried.
“It’s you, Darling, so soon? Wait a minute, I’ll open it now.”
She opened the door and looked at him.
“What’s up…? You look pale. Did you have a quarrel with someone?”
she asked doubtfully.
“Listen. I picked up a wallet on the beach.
You won’t believe it but I found a lot of money in it.
Look, here…”

“I don’t have to work for a while.
Go get some sake and food.
Have a party here with my friends.”

He cried with joy, invited some of his friends for drinks, and whooped it up.

The next morning, he was still sleeping while his wife came over, and cried as usual.
“Hey, Darling, wake up…”
“Oh, what’s the matter?
Didn’t I tell you not to wake me up while I’m sound asleep?
Let me sleep a little more.”

“What are you talking about?
It’s another morning: the time you go to the fish market.”
“Fish market?
I don’t have to work any more.
We have 50 ryos, remember?”

“Don’t be stupid.
How can we greet a New Year’s Day if you don’t work?
How can we pay for the last night’s party you and your friends enjoyed having?”

“It’s pretty easy to pay the bill, isn’t it? Because we have 50 ryos.”
“50 ryos? Where would we get such a large sum of money?”
“In the wallet I found on the beach yesterday. Didn’t I hand it to you?”
“You found a wallet on the beach?
How foolish you are!
You didn’t go anywhere yesterday.
You were in futon sleeping almost all day at home.”
“What?
Didn’t I go to the beach?
It’s unbelievable you said so.
You woke me up and forced me to go to the fish market.
But the market hadn’t opened yet.
To kill time, I went to the beach and found the thick wallet.
I’m sure I remember handing it to you.
But you insist you don’t have it?”

“Oh, now I see why you had such a fuss yesterday.
Everything you did was caused by a foolish dream.
How woeful you are!
Even though we are so poor, you shouldn’t dream that you picked up money…!”

“Yes, it’s a mere dream.
Yesterday, I tried to wake you up many times, but you never woke up.
When you got up, it was about noon.
Then you went to the public bath, and you brought your friends when you came home.
You were crying, ‘I’m so lucky. I’m so happy. Buy some sake, eels, tempura… Seeing you drinking and singing so much, I thought you had gone mad.
At last you got dead drunk and fell asleep.
That’s all you did yesterday.
You see, you didn’t have time to go to the beach.”

“You are saying it was a mere dream?”

“Do you doubt the truth of my words?”
“Well, you may be right, but…was it really a dream….?
What a strange dream I had when the last day of the year is coming soon…
You are saying that the wallet I found was a dream, and the party I drank and ate too much at wasn’t a dream, right?
How miserable I am to have such a dream!
All that has happened to me is due to sake.
I swear not to drink sake any more, and from now on I’ll make the best effort in my job.
Money is not what it is given to you but what you earn by yourself.
I’ve come to my senses now.”

Since then, he started working from early in the morning till late at night.
As he was skilled in dealing with fish, he got a good reputation as a fish peddler among customers.

Ten years had passed since then.
Finally he succeeded in being a fish dealer having his own shop on main street.

One day in December the wife said to her husband,
“Darling, when you finish work, why don’t you come over to talk with me?”
“I’m finished working right now.
I’ll be coming soon.
How comfortable I am to greet a New Year’s Day on the new Tatami mats!…An old saying says, ‘New Tatami and a new wife is…’
Sorry, an old wife is better.”
“You need not apologize to me,” she smiled.
Feeling happy, he said to his wife.
All I want to say is ‘Thank you.’ How nice it is not to have any debt collectors!”
“Listen, I have something to tell you.
In advance, promise me not to get angry with me until I finish my talking.”

Puzzled, Katsu looked at her serious face and said,
“I don’t know what you are trying to tell me, but anyway I promise not to get angry.”
“Do you mean it?”
“Yes, I mean it.”
“If so, please look at this wallet.”
“Oh, dirty as it is, it is a wallet. What does this mean?”
“There are 50 ryos in it.
Don’t you have any idea about 50-ryos and the dirty wallet?”

“Oh, now I remember, I had a terrible dream three years ago.
In that dream, I found a wallet in which there were 50-ryos.”

“It wasn’t a dream. You really found this wallet.”
“What? You’ll pay for it! Damn you!”
saying, he raised his hand.

“Do you want to hit me?
You promised me you’d never get angry with me until I finished my story, didn’t you?”

“At that time I got worried about you.
You said you didn’t have to work and you would live an enjoyable life, drinking sake everyday.
So while you were fast asleep, I took it to the landlord to get some advice.
He said, ‘If he used that money, he would be arrested sooner or later. I’ll bring it to the police and report it instead of him.

All you have to do is make him believe that it was a dream.”
Because you are an honest person, you believed me that it was a dream and decided to stop drinking and work hard for us.
Thanks to you, we were able to get our own store…
But whenever I saw you working hard, I always felt uneasy.
I got this money back from the police two years ago because nobody appeared nor claimed ownership of the wallet.
But I hardened my heart against pity and kept it in my mind.
Now that you had your shop like this, I’ve decided to show you this money as a token of my apology.
You may well be angry with me, deceived by your wife…
Now you can hit and kick me if it makes you feel better.”

“How could I hit or kick you?
You’ve impressed me a lot, you are a wonderful woman!
If I had had the money at that time, I would have spent it up drinking and eating and wouldn’t have worked any more.
That might have made me a beggar in the end.
As the landlord said, I might have been caught and beheaded…
It is all thanks to you that we can have a New Year’s Day safely with no debt.
I’ll express my sincere thanks to you from the bottom of my heart again. Thank you!”

“Do you really forgive me?”
“Whether I forgive you or not, I’m expressing my gratitude to you.”
“I feel so happy.
I’ve prepared some warm sake here for you today.
I want you to drink it for the first time in three years, and talk about our future.”

“What? Sake? Warm sake? I’ve noticed something smelling good from the kitchen…Now I see what it is.”

“And I cooked this. How do you like it?”

“It’s true that an old wife is better.
How long haven’t I drunk?
Thank you…Thank you.
Well, I’ll accept your offer and have a drink of it…
Pour it into this teacup…
Oh, it’s a long time since I drank last.
Oh, the mere smell of it makes me happy.
I can’t wait…but,”
he suddenly stopped drinking,

“It may be a good idea not to drink it.”
“Why? What’s on your mind?”
“Nothing, but I’m afraid that this will become another dream.”