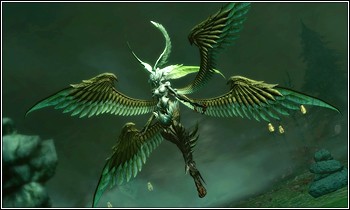 Long long ago, there lived a stingy and greedy old man in a town, who lived by himself after he had lost his best friend with whom he associated seven years before.
He used to be a successful merchant, but since then he wouldn’t open up to anybody.
His coldness appeared on his face with red eyes, sharp nose, and pale lips.
So nobody spoke to him if they met him on the street.
Neither a child nor even a beggar asked him for money.
But that was what he wanted, as he didn’t like people.

One New Year’s Eve, he muffled himself up well, and warmed his hands at a fireplace in his room.

“Good evening, Uncle. How are you? New Year’s coming soon.”
His nephew visited him unexpectedly.

“You mean New Year is nonsense? You don’t mean it, do you?”
The young man asked.

“I mean it. You are poor, but you look happy.
Why do you feel so happy?
Does New Year bring me happiness?”
the old man said coldly.

“Of course, I am poor, but happy.”
the young man answered cheerfully,
“You’re rich, but you look gloomy. I wonder why.”

“Uncle, please don’t get angry.
I’ve come here to invite you to our home.
We want to have New Year’s Eve dinner with you, and celebrate the coming New Year.”

“Nonsense! That only means I’ll get older.
You celebrate it as you like, while I’ll do it as I like. Period!”

His nephew still insisted,
“Having dinner alone is lonely. Uncle, please come to our home for dinner?”

“Why?”
the young man asked in a loud voice,
“Why can’t you come to our home?”

“Then why did you get married?”
the old man asked.

“It’s because I fell in love with her.”

“Fell in love with her? Ridiculous! Go back. Good-bye!”

“You’ve never come to my home even before I got married, have you?”

“I haven’t come here to get anything from you.
I just want to keep on good terms with you.”

“Why are you so obstinate?
I don’t want to argue with you.
I just want to be kind to you.
Uncle, may the New Year bring you happiness!”

Having had a humble supper, the old man went to bed in his gloomy room.

In his dream he saw his late friend, who was shaking chains bound around his body.

His friend said to him,

“I’ve come here to tell you that three Spirits will appear and give you some lessons.”

“Your body is being bound by chains.
What happened to you?”
the old man asked the late friend.

“This is the chains of sins which I committed while I was alive.
Don’t you want to know the length and weight of your chains?
Seven years ago, your chains had the same length and weight as mine, but now yours are much longer and heavier than the ones I have.
Listen to me! I have no time to stay longer here.
I want to tell you that you still have a chance and a hope to change your destiny,”
he continued,
“The first Spirit will appear at one o’clock tomorrow.
The second one will come at the same time the day after tomorrow.
The last one will visit you at noon three days after.
I’ll never show up again before you. Good luck!”

He woke up and said,

He looked like a child who entered the old man’s bed room, but he had a man’s voice.
He gave a bright light from his body in the darkness.

“Are you the First Spirit that my friend told me about in my dream?”

“Yes, I am,”
the Spirit’s voice was calm and quiet.

“I’m the past Spirit of you.
Get up and follow me,”
saying so, the Spirit held the old man’s hand firmly.
Surprisingly enough, they went through the wall of the room easily, flew in the air, and stood on a country road covered with snow.

“Oh, my God! This is the place where I was born and spent all my childhood.”

“Do you remember this road?”

“Of course I do.
Even if I’m blindfolded, I can walk along the road,”
he said in good humor.

The old man remembered every house and every tree.

Next, the two arrived at a field in the small village where several children were playing hide-and-seek.

“They are only shadows of your past. So they can’t see us,”
the Spirit said.

“Good bye, see you tomorrow,”
a while later, the children said to one another, and went back home.

Then the Spirit took him to his old house.
He found a boy outside alone leaning against a wall in the darkness.
He knew the boy was himself in those days.
A girl approached the boy and said,

“Brother, I’ll take you to our house. Dad doesn’t get angry with you anymore.
He will be much kinder to you.
We can celebrate the coming New Year together.”

“Your sister was a kind and bright girl, wasn’t she?”
The Spirit said.

“We have little time left. Let’s hurry up!”
the Spirit said and took him to a couple who was seriously talking.

A young couple was sitting face to face.
She said to the young man,

“We made a promise of marriage when you were poor.
Now you are rich, but I’m not. I wonder if you still love me.”

The young man said nothing.

“I know you don’t love me any more. May you have a happy life!”

Her eyes were full of tears.
Covering her face with her hands, she left him.

“I don’t want to see my past any more.
Please take me to my room,”
the old man cried.
However, the merciless Spirit dragged him to another scene.

The same woman and her children were waiting for her husband to return home.
Soon her husband came home with presents for their children.
He said to his wife,

“I saw your old friend this evening standing in front of his house.
I know he lost his best friend a few days ago.
He might feel as if he was the loneliest person in this world.”

“Didn’t I tell you I don’t want to see my past any more? Please let me go!”

When he cried, he found himself in his room.
So tired and sleepy, he staggered to his bed and fell asleep.

When he woke up, it was nearly one o’clock.
He heard an unfamiliar voice calling him,

The Second Spirit led him to his nephew’s house.

His nephew was talking with his beautiful wife in their living room.
He said to her about his Uncle,

“I visited my Uncle to invite him again.
He said, ‘New Year is nonsense!’
He is very obstinate, and wouldn’t change his attitude.
It seems impossible for me to make him happy.
I’m afraid his behavior would have a bad influence in his near future.”

“You are always telling me that he is a man of considerable wealth.
He may feel happier than me.”
his wife said.

“Happiness can’t be bought with money.
His wealth has nothing to do with his happiness.
He’s never done anything good for others.
He’s never thought of anything to make his life better.”

“On the contrary, I like him.
I feel pity for him.
That’s why I visited him today, and invited him for New Year’s Eve dinner.”

“You’re so kind to say so.
Every New Year’s Eve, I’ve invited him for dinner whether he comes or not.
I wish he’ll have a Happy New Year!”

The man found himself alone in his room, but he felt so happy to overhear the conversation.
So tired and sleepy, he staggered to his bed and fell fast asleep.