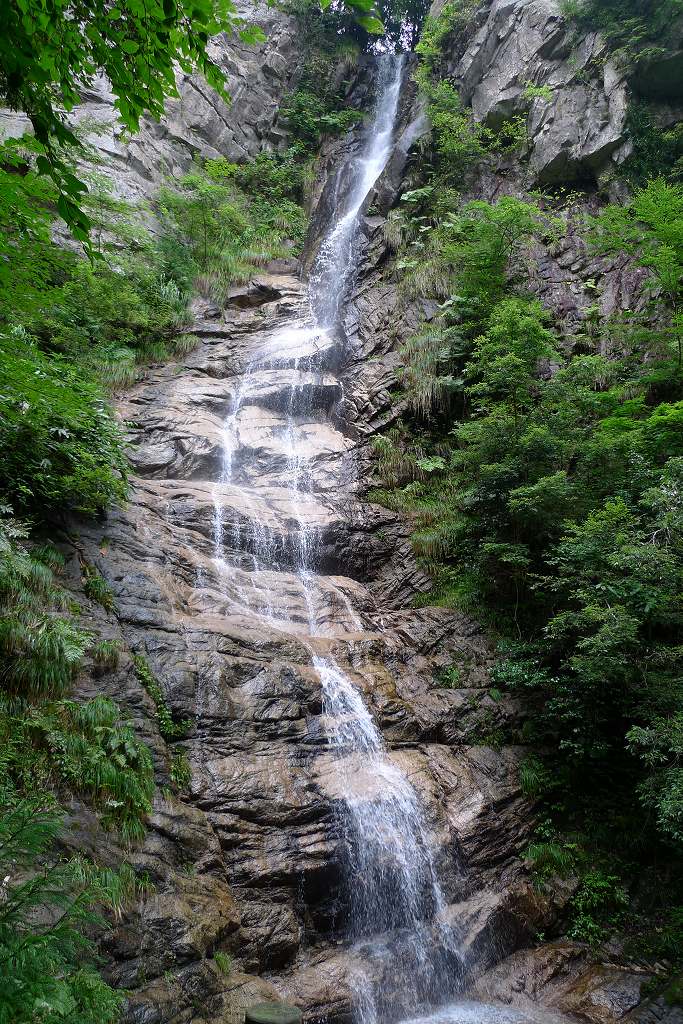 There is a waterfall called the “Ghost Fall” in Shimane Prefecture.
There is a small shrine near the fall, which has a small offering box made of wood.
This is a story about the legend of that fall.

Long long ago, one cold night, several women were spinning threads from hemp sitting around a fireplace in a room.
While working, they enjoyed talking about ghost stories.

One of the women said,

“I don’t believe there is such a thing as a ghost existing in this world.”

The other woman said,

“If you say so, why not go to the Ghost Fall and see if there is a ghost or not by yourself?”

All of the women there laughed, but one of them said,

“I’ll give all my hemp threads I’ve spun today to someone who can go there and come back safely.”

Listening to it, “Okatsu”, a carpenter’s wife, stood up and said,

“If you really give me your hemp threads, I’ll try.”

“But how will we know whether you really went there or not?”
each and every woman said.

“Why don’t you bring the offering box in front of the shrine?
It’s close to the fall, so it would be good proof you’ve really been there,”
the oldest woman said.

“All right, I’ll come back with it as soon as possible.”

Saying so, she dashed to the forest with her two-year-old son on her back in a nenneko (a short coat to protect a baby from cold).

She quickened her pace to the fall.
In about thirty minutes, she heard the clamor of the waterfall.
Soon she could see the mist of the fall under the lights of the stars.
She looked around and found a shrine near the fall.
She didn’t hesitate to take the offering box off in front of it.

Then she heard a strange voice from the fall,

She was paralyzed by fear.

Again she heard the same voice of warning.

Though she was pretty afraid of it, she didn’t stop her attempt to carry the offering box to her fellow women.
She started running with the box under her arm.
The sounds of the fall gradually faded away.
When she got back to the room, all the women were still there waiting for her.

She put the box in front of them and began to talk about how she had reached the Ghost Fall and what it looked like.
Holding their breath, they listened to her.

“Now that you’ve done your duty, all the hemp threads we spun today are yours.
Okatsu, I’m sure your baby on your back feels so cold and hungry.”

Saying so, an old woman helped her undo the girdle on the nenneko,

“What’s up? Your nenneko is wet,” she cried.