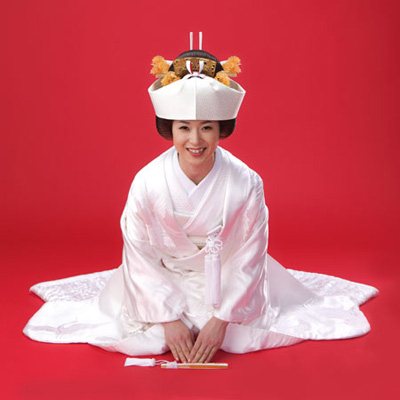 Long,long ago, three young men set out a journey.
They passed fields and mountains and traveled on and came to the gate of a rich man’s house.
There they saw a sign that he wanted the most able youth in the country for the husband of his daughter.
“This is good news for us. Let’s go in and apply,” they said and went inside the gate.
He interviewed them.
As they all looked like useful young men, he could not decide which one of the three was superior to the others.
So he said to them, “I have a thousand-reap rice field to the east, a thousand-reap rice field to the west, and a thousand-reap field to the front.
Each of you shall cultivate one of these fields.
And I’ll see who is the best worker.”
Each of the three men was determined to become the rich man’s son-in-law.
They had rice cooked in a pot large enough to supply thirty men, and ate it all up.
Then they began to cultivate the rice fields to the east, to the west, and to the front.
An ordinary man might have spent ten days cultivating such fields.
These young men, however, each having two forked hoes in both hands, dug up the land so speedily that they finished the work easily in one day.
All three returned from the fields at the same time.
“Well, I am extremely surprised at your work today. You three have same ability. I can’t rank you. May I ask you to stay here for a while and serve us?” the rich man said.

The young men willingly agreed to this proposal and stayed on as servants.
Quite a few days passed.
But to their disappointment, the daughter of the rich man never appeared to them.
They only caught glimpses of her back.
So they became very eager to see the girl.
One night two of the young men conferred together and then secretly stole into the interior of the house and peeped into the girl’s room.
There the girl, in white clothes with her hair loosed, had opened the floorboards at one corner.
From underneath the floor, she took out a box that looked like a coffin.
Though the young men were frightened, curiosity overcame their fear, and holding their breath, they watched the girl.
With a grin on her face, the girl drew a baby’s corpse from within the coffin and cut off its arms with a knife.
Then she began to eat an arm as if it were delicious food.
She spoke to the young men, “Will you have some?”
And she thrusted out toward them an arm dripping blood.
The young men were astonished.
Far from wishing to become the son-in-law, they could hardly bear to stay a moment longer in such a place, and they took to their heels at the night.

Now the third youth, who was making a fire in the cookstove, heard of this.
He said to himself, “Well,I’ll look and see for myself.”
And he went to peep into the daughter’s room.
He saw a she-ogre in white costume, with flowing hair, eating the blood-dripping head of a baby.
At first, he was frightened, but when he looked at her carefully, he saw not an ogre nor a snake but a girl wearing an ogre’s mask and eating a doll made of mochi(made of rice).
What he had taken for blood was merely rouge.
He thought that he could eat it himself.
So he said, “Young lady, please give me one of its legs.”
He slid open the door and stretched out his hands.
When the girl heard this, she replied, “You have said just what I wanted to hear.
Until now, many and many young men have come here to be my husband.
But at the sight of me they became frightened and fled. No one had enough courage to stay.
You are the man to be my husband.”
She took off the mask and white garment and revealed herself as a surprisingly beautiful lady.
The rich man was much pleased.
He invited all his relatives, friends and even servants to a great feast, on which occasion he announced the marriage of his daughter to the young man.
In due time a child was born to them.
And their offsprings prospered.