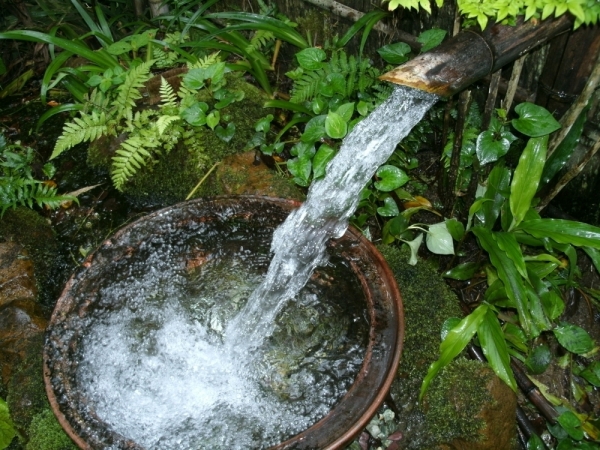 Long Long ago, there lived an old couple happily in a village.
Both an old man and an old woman were very old enough to have no teeth, weak sight, get bent.
“Old Mom, I don’t want to live any more like this. I’d like to be young again.”
“Old Dad. I agree with you. I’d like to be young and beautiful and healthy,too.”
One morning, she went shopping in a town with help of a stick in her hand.
One hour later, he heard a cheerful and young voice at the entrance.
“I’m home.”
“Old Mom. You are tired, aren’t you?” said the old man and went to the door.
He found, to his great surprise, a beautiful young lady he used to love standing there.
“Oh,My God! What happened to you?” said he, rubbing his eyes.
The lady began to giggle at him.
“You are really my wife.
You wear the same clothes that my wife wore.
Your voice is the same as my wife.
But what made you so young? What?….”
“Old Dad. This is exactly how it happened.
On my way home from the town, I found clear water springing out from between the rocks at the foot of a Pine tree.
As I was thirsty, I stopped to drink a little.
Then I suddenly grew straight, had new teeth and I could see clearly.” said she in clear voice.
“Dad, Why don’t you go and drink as well? You’ll be able to be young like me.”
“It’s miracle! I’ll go and drink at once.
I’ll be much younger and much healthier than you.” said he, walking out weakly with a stick in his hand.
It was in the evening, but he didn’t come home.
At last it became night.
“What has become of him? I must go and find him.” said she to herself and went out.
“Old Dad, Old Dad, where are you?” and she reached the foot of the Pine tree.
She found nobody but a crying baby by the spring.
He was wearing the same clothes that his husband wore.
He drank so much water that he at last became a baby.
So surprised, she lifted the baby in her arms.

“Oh,My Darling! Don’t cry. You are a good boy. I am your wife.”
The lady loved him so much and took great care of the old man who became a baby.