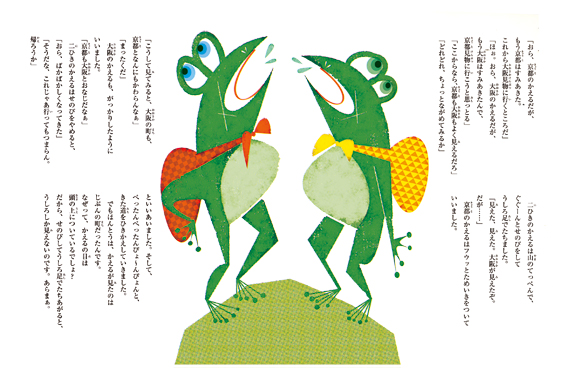 The town Kyoto-frog saw was Kyoto while the town Osaka-frog saw was Osaka.
“It’s worthless to go to Osaka. Osaka is the same as Kyoto.”
“It’s worthless to go to Kyoto. Kyoto is the same as Osaka.”
The two frogs said good-by to each other and returned to their towns.
Kyoto-frog jumped back to Kyoto while Osaka-frog jumped back to Osaka.