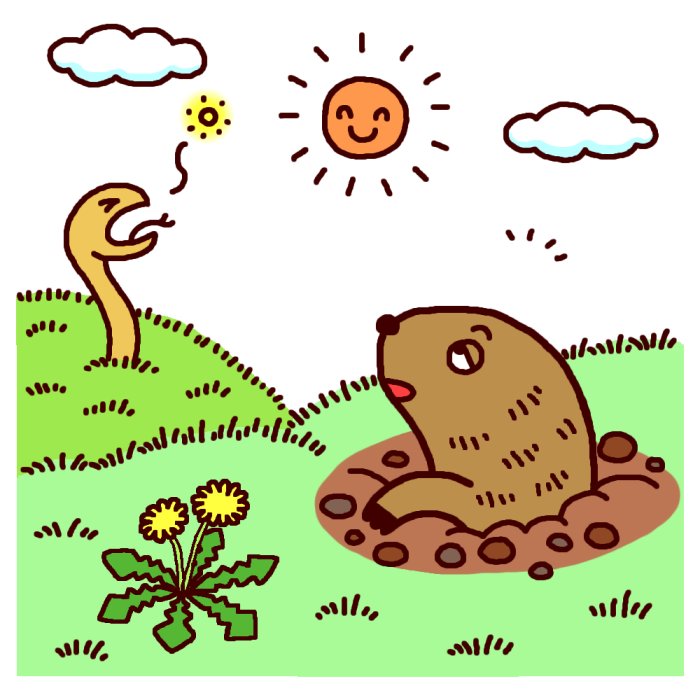 Long long ago, a snake had beautiful voice but no eyes.
She stayed in a dark hole under the ground.
She always wished she had eyes, thinking “If I had eyes instead of voice, I could see the beautiful flowers in a field.”
On the other hand, a mole had eyes but no voice.
He lived in a field.
As he liked singing, he always wished he had voice, thinking “If I had voice instead of eyes,I could spend my life singing songs.”
One day the snake met the mole and exchanged her voice for his eyes.
She was so happy to get her eyes and see the beautiful flowers in the field, while he was also happy to get his voice and sing many songs under the quiet ground, though it was never heard.