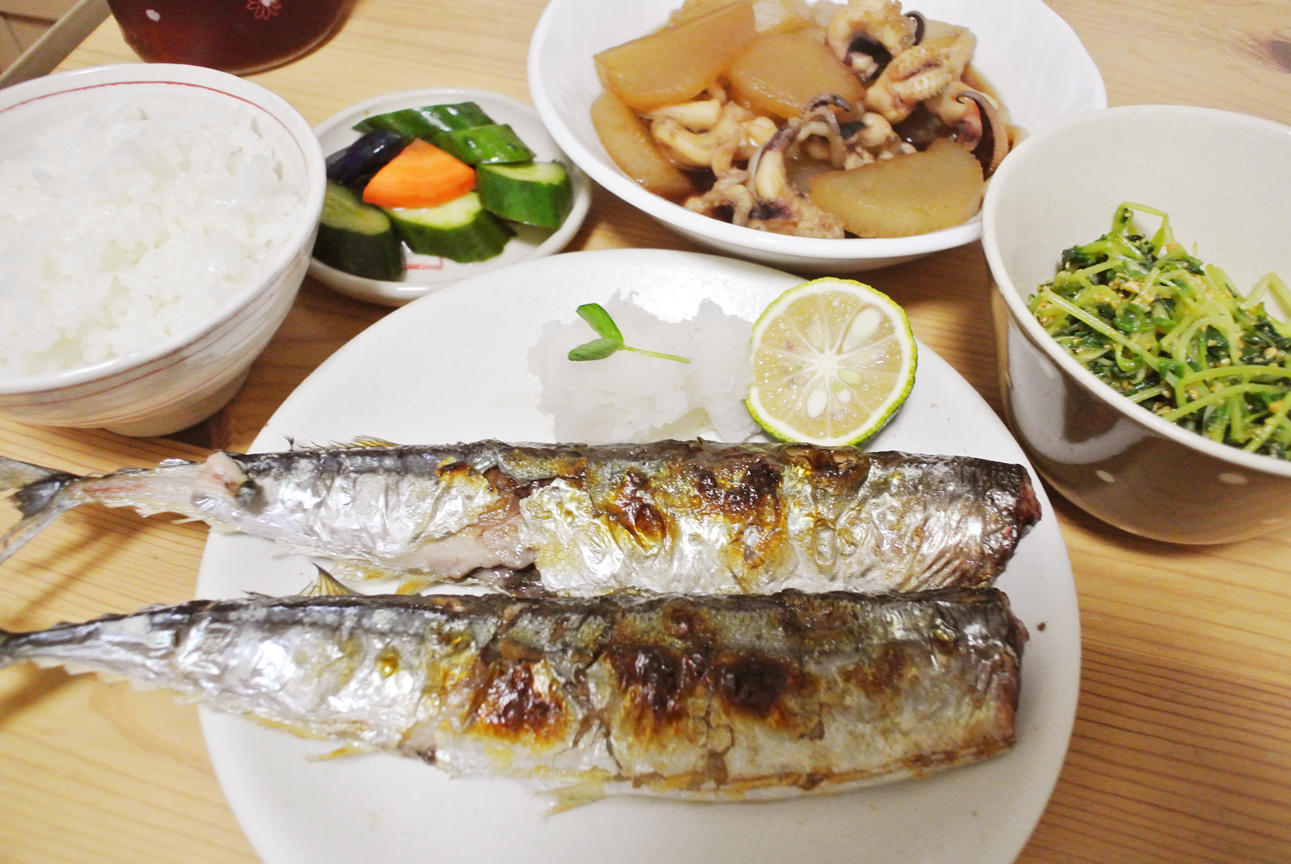 In the Edo period, the shogunate, the feudal government, was in Edo, and every lord in this country had to live in their fief for one year, and live in Edo the next year alternately.
One clear autumn day, a young lord went out on a horse for a bit of relaxation with a dozen of his men.
As is often the case, he knew little of the real world.
When they came to Meguro, one of the suburbs of Edo, the lord got off the horse and said to his men,

“I’m tired of riding a horse.
I want to run a race with you.
Whoever defeats me shall have much reward.”

Since it was the lord’s request, they couldn’t help obeying it.
The lord and his subjects started running.
The young lord ran through a field for dear life, while the old subjects ran after him, losing their breath.

“How woeful it is! Look! Our lord has already been seated on a stump looking at us,”
they said.

“What slow runners you are!”
The lord looked proud of himself in triumph.

“This is the place called Meguro,”
one of them answered.
Then a good smell of grilled fish drifted out of a shabby house near there.

“Oh, smells good.
I feel so hungry after running hard,”
the lord said.

“It seems like someone is grilling fish near here,”
one of them said.

“You’re right.
Someone must be grilling a sanma, or a Pacific saury,”
they whispered with each other.

“What is sanma?”
overhearing the conversation, the lord asked,
“I’ve never heard such a name in my life.”

“It’s the name of the fish,”
one of them answered,
“In autumn, sanma put on fat and become much more delicious.
It’s a popular fish for people, but not a fish for you.”

“I’d like to have a sanma.
Serve one for me right now,”
the lord insisted.

Soon they found an old man grilling a fish on a shichirin (a small round charcoal stove made of clay or earthenware),
fanning charcoals desperately.

“Excuse me, but the lord sitting over there has smelled your sanma, and wants to have it.
Would you mind sharing it with him?”

“Why not, with pleasure.”

The lord had sanma for the first time in his life.
The good smell and soy-sauce flavor pleased the hungry lord so much.

It’s delicious!
I’ve never eaten such delicious fish.
Give him much reward!”

After the outing, not a day had passed when he didn’t think of the taste and the smell of the sanma.
At that time, the only fish the lord had eaten were expensive ones like a tai or a sea bream, which was known as ‘king of fish’ with big eyes on a red, oval body.
Now he knew another fish called sanma, he fell in love with the fish; small eyes on a grilled slim body.

His attendants noticed his wish and got the best sanma from the fish market at Nihonbashi.

They steamed it fully to get rid of much fat and pulled all the fish bones with tweezers not to stick them in his throat.

“Here you are.
This is your sanma.
Please enjoy tasting it.”

Looking at the fish, the lord said,

“What? You call this a sanma?
My sanma should be grilled.
You must have gotten the wrong fish.”

“Humm…It is true that this smell really belongs to a ‘sanma’.”

The lord tried to put a piece of it into his mouth with a pair of chopsticks.
But the taste he had was different from the one he was expected.

“Is this really a ‘sanma’?” He tilted his head in doubt.

“It’s from the fish market at Nihonbashi.”