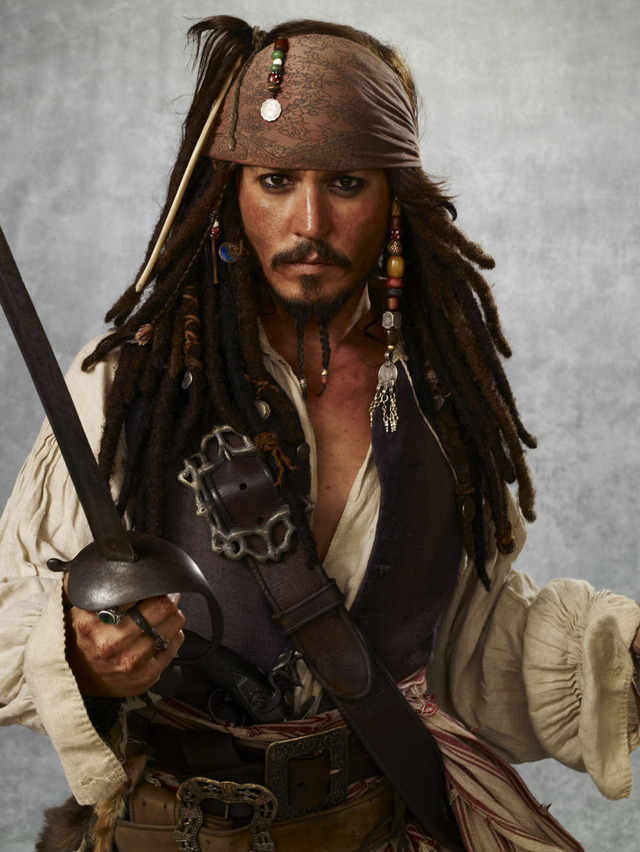 Long long ago, there lived an old priest at a mountain-temple in a village.

One day a traveler visited the temple and asked the priest to give him a stay that night.
The priest said,

“Oh, you can stay here if you like.
Well, you must have had many unforgettable experiences in your life.
Will you tell me some?”

“I’m afraid it’s not so impressive to you.
Well, many years ago, I made my living as a boatman.
One day, my boat was attacked by pirates.
They threw me into the water.
I had a very narrow escape from them.
I swam toward the shore at the risk of my life.”

Listening to him, the priest seemed to think a while, and then started telling him that he used to be a pirate.
His story is as follows;

“When I was young, I practiced piracy and spent an exciting life: attacking ships and boats, we robbed their goods.

One day we saw a boat in the distance.
Soon we noticed a boatman rowing the boat and an old priest chanting a sutra sitting by a pile of goods.

‘That’s an easy mark. Get into it and rob their goods.’ I ordered my men.

The boatman cried for help and put his hands together,

‘I’ll give you everything on this boat.
So help me!
I’m going to the Capital to meet my old mother there.
She is seriously ill and wants to see me before she dies.’

One of the men took him by the arm and threw him into the sea.
The man swam away toward the shore.

Meanwhile the priest was closing his eyes and kept chanting the sutra as if nothing had happened on the boat.
I carried him on my shoulder and threw him into the water.

I thought he would be drowned to death at once, but to my great surprise, I could hear his sutra on and off between the sounds of the waves.
He sank under the water, but soon floated to the surface.

‘This fellow is still alive. Kill him!’ I cried.

My men hit him on his head and shoulders with oars very hard.

Though he sank into the water many times, he floated again and again, and kept reciting the sutra.

Watching him, I noticed that several boys were supporting him in the water.

‘Look! Those boys are holding up the priest!’ I cried.

‘What on earth are you talking about?
We can’t see any boys,’
my men said.

It seemed like I was the only person who was able to see the boys.
I felt weird and held out an oar in front of him to save him.
The old priest grabbed it and got on the boat again.

As soon as he got on the boat, the boys disappeared,

‘Are you a priest in the Capital on the way back from your trip?’
I asked.

The priest said to me,

‘No, I’m a priest in the country, but I’m on my way to the Enryakuji-temple on Mt. Hiei outskirts of the Capital to
have an ascetic life.’

‘By the way, who were the boys who supported you in the water a while ago?’

‘Then what made you keep reciting the sutra while you were in the water?’
I asked again.

‘Even if I had been drowned, I’m not afraid of death.
The sutra is much more precious than my life.
So I kept reciting it.
Oh, I noticed some strange feeling when I recited the sutra in the water:
I never felt wet or heavy.
Instead I felt lighter than I’d been.
I felt happy even if I was facing death.
That must be the protection of Buddha, I think.’
the priest said.

I was moved by his words and said to him,

‘Do you still want to go to that temple?
If you do, I’ll take you there.’

‘No, I have changed my mind.
I’ll return to my temple in the country.’

‘Then I’ll help you go back to your temple.
By the way, who do you think those boys were?’

The priest thought deeply, and said,

Then I realized for the first time in my life that the sutra was very precious.
I suddenly made my mind to throw away everything I’d possessed and follow him to learn the sutra.
Even though people thought I’d be crazy, I never changed my mind.
I shaved my head to start my ascetic life as a monk, and followed him all the way to his temple.
Chanting the sutra, I’ve been making up for what I have done wrong in old days.”

Saying this, the priest, the ex-pirate, smiled at the visitor.